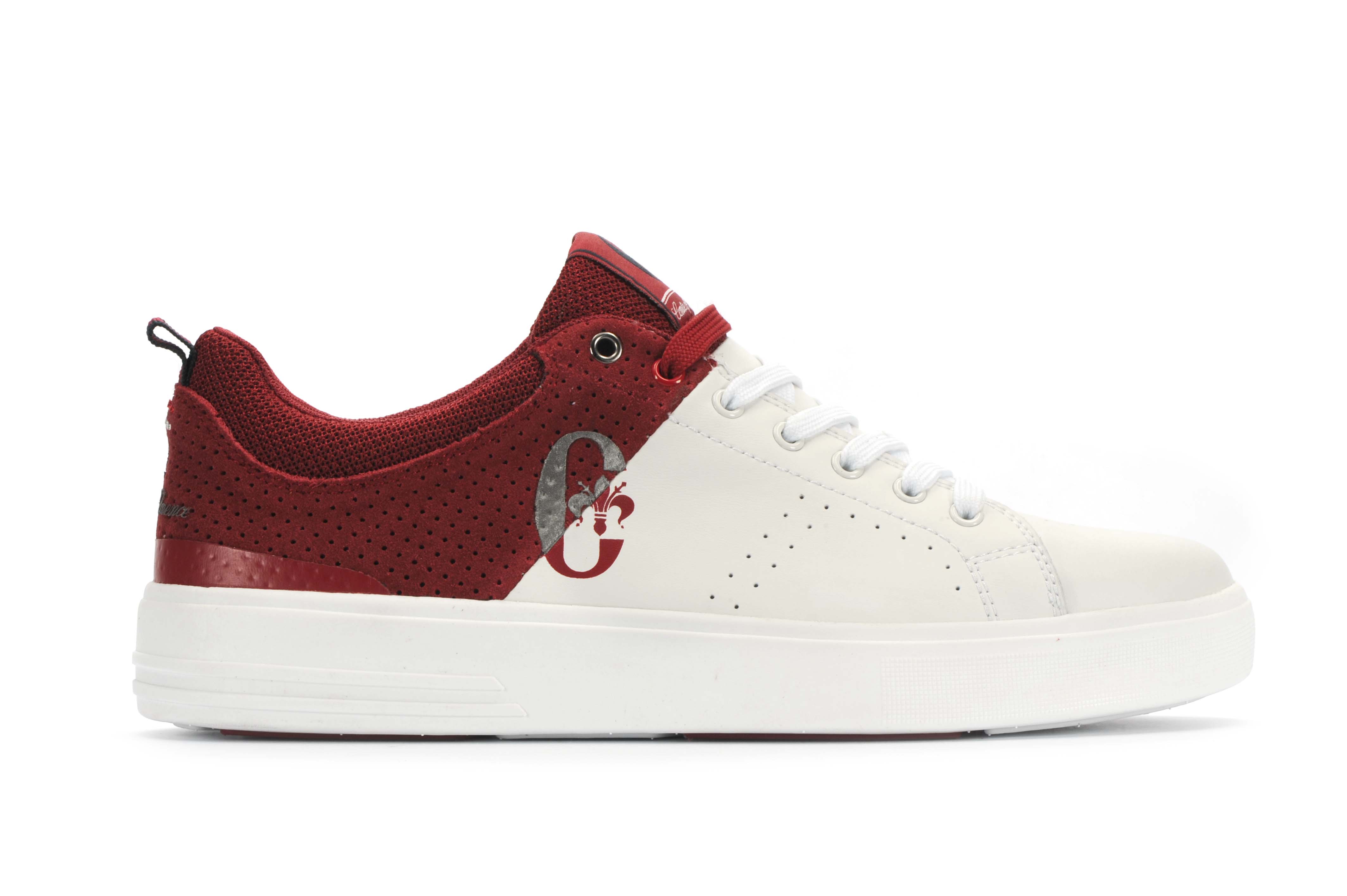 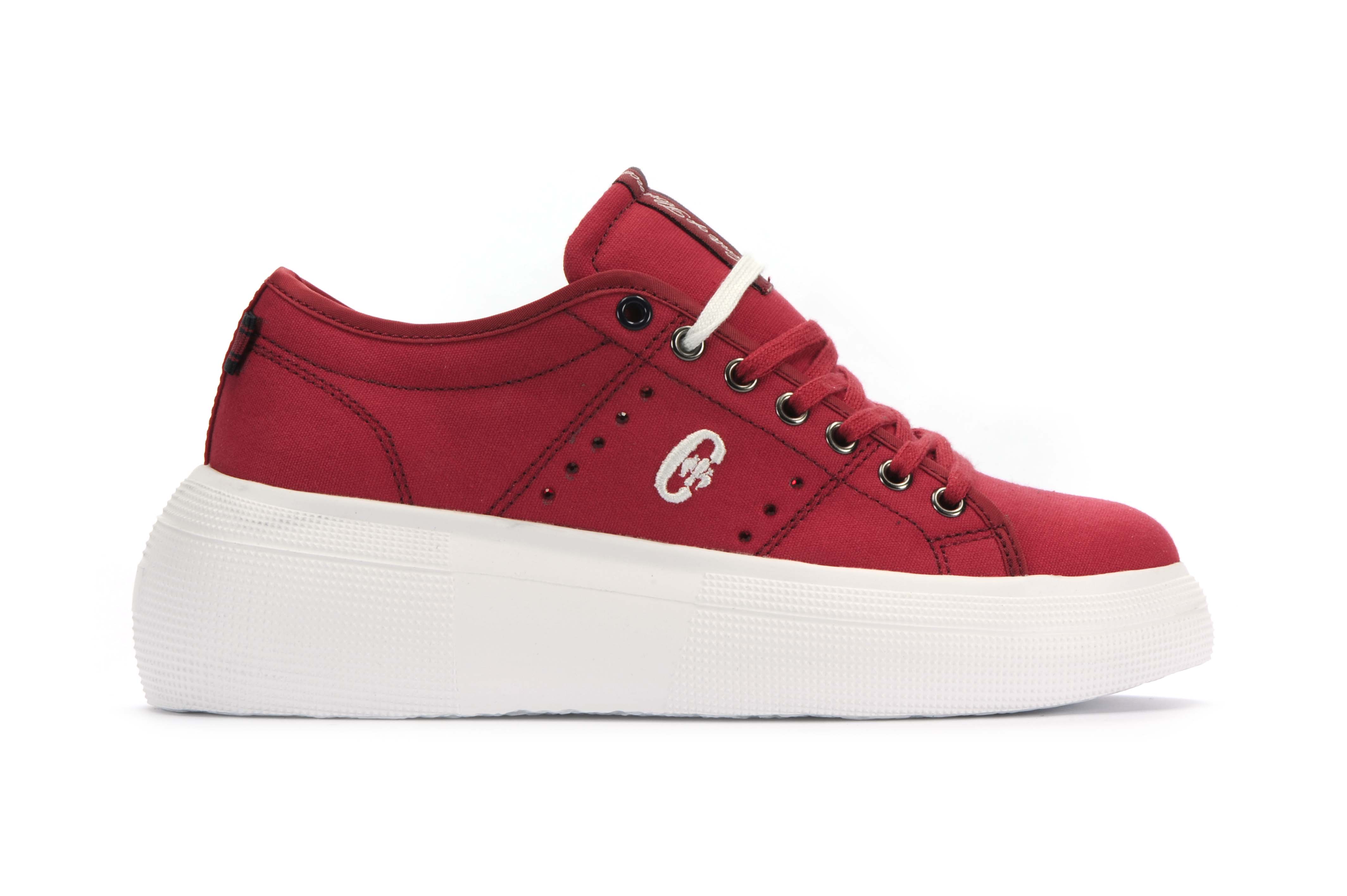 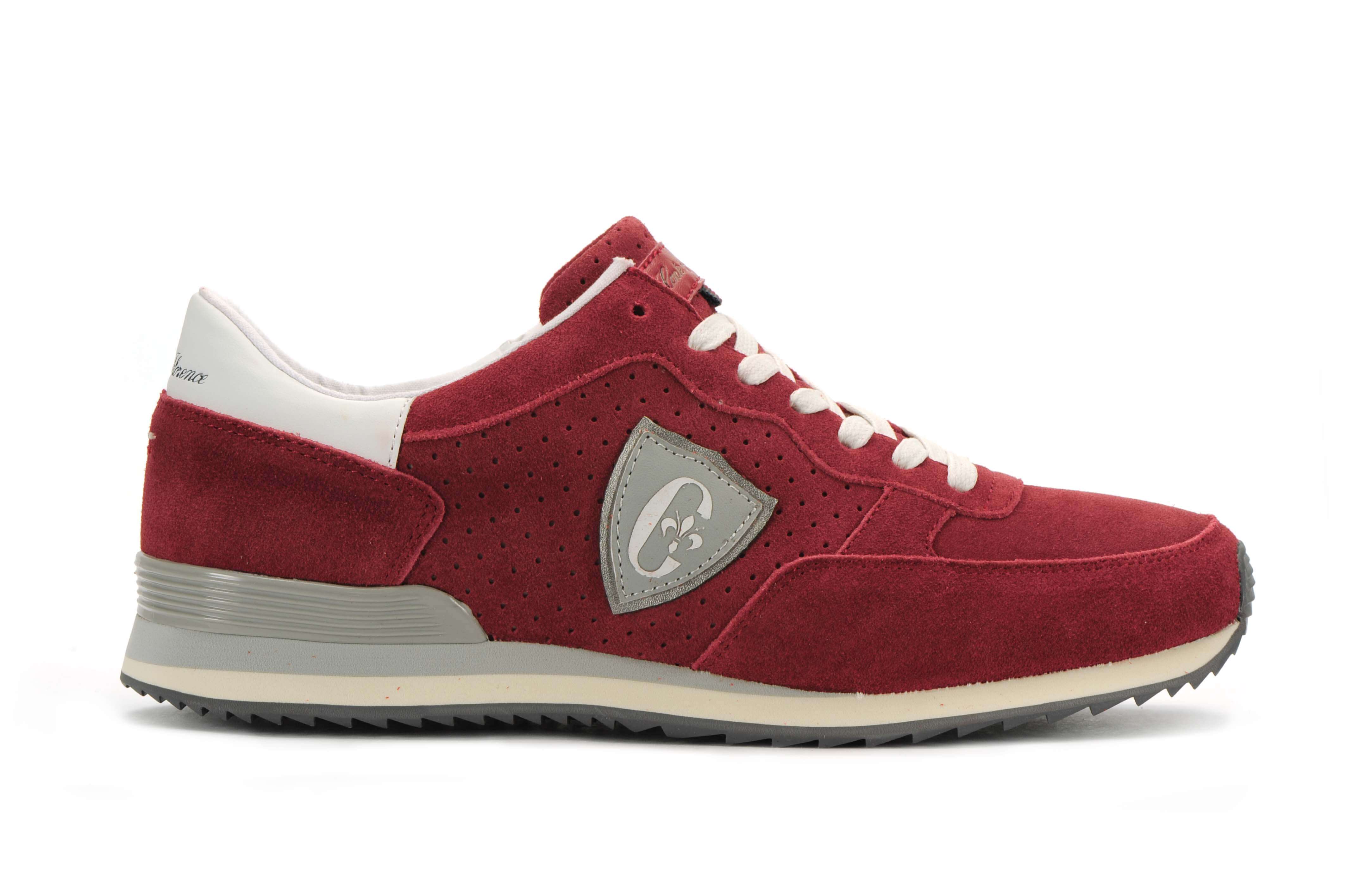 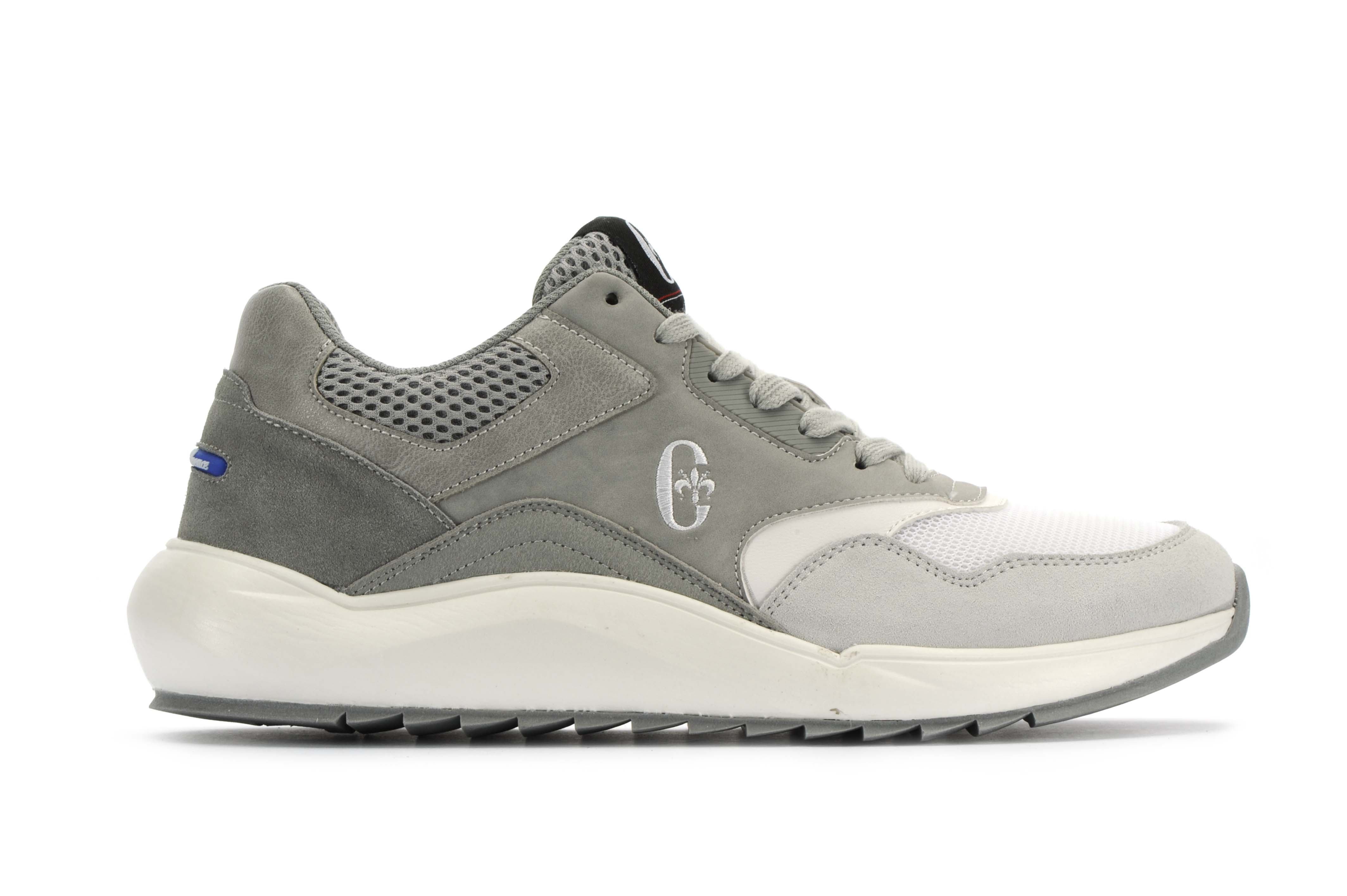 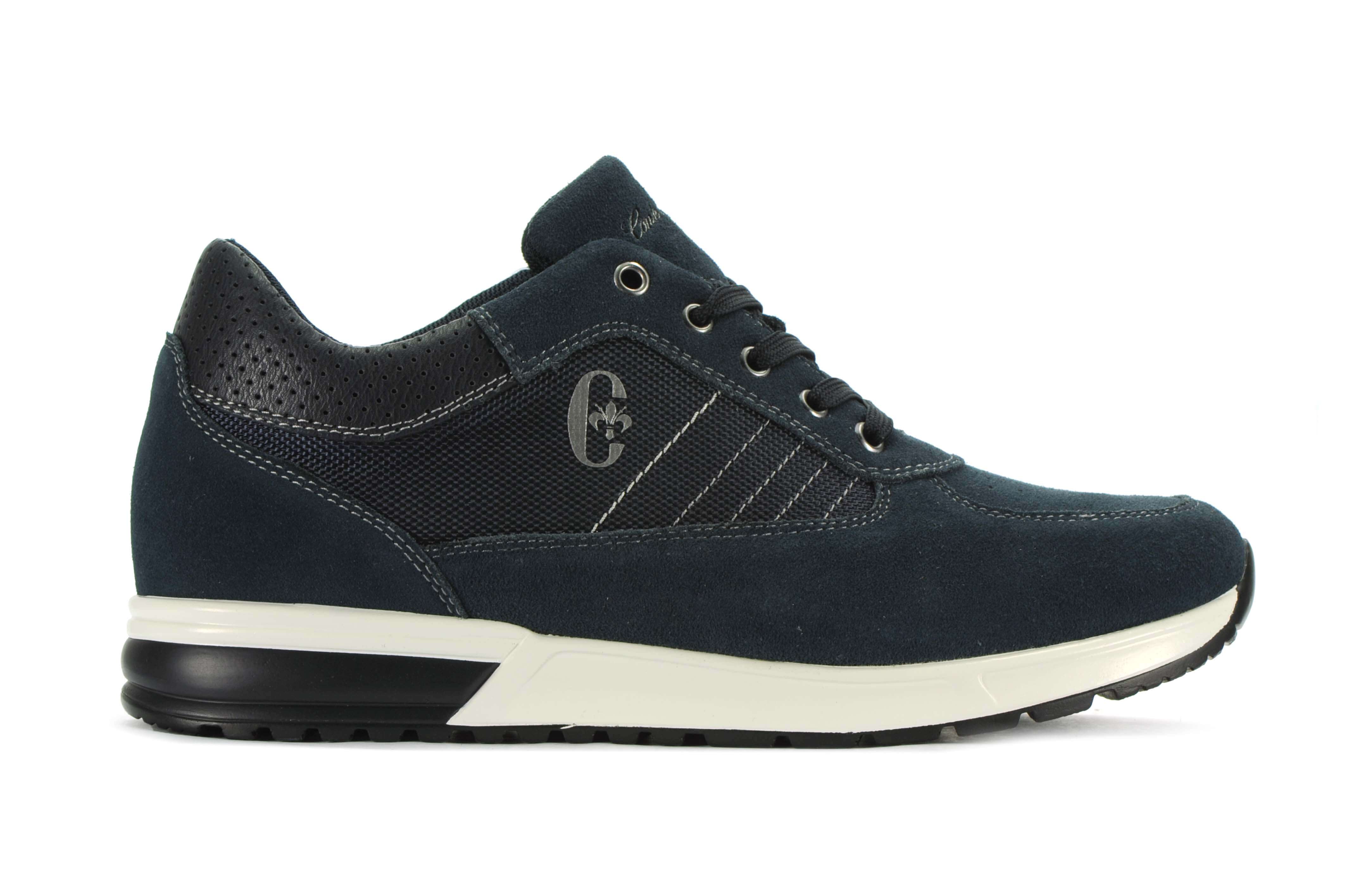 Sneaker in fabric with suede inserts and metal eyelets 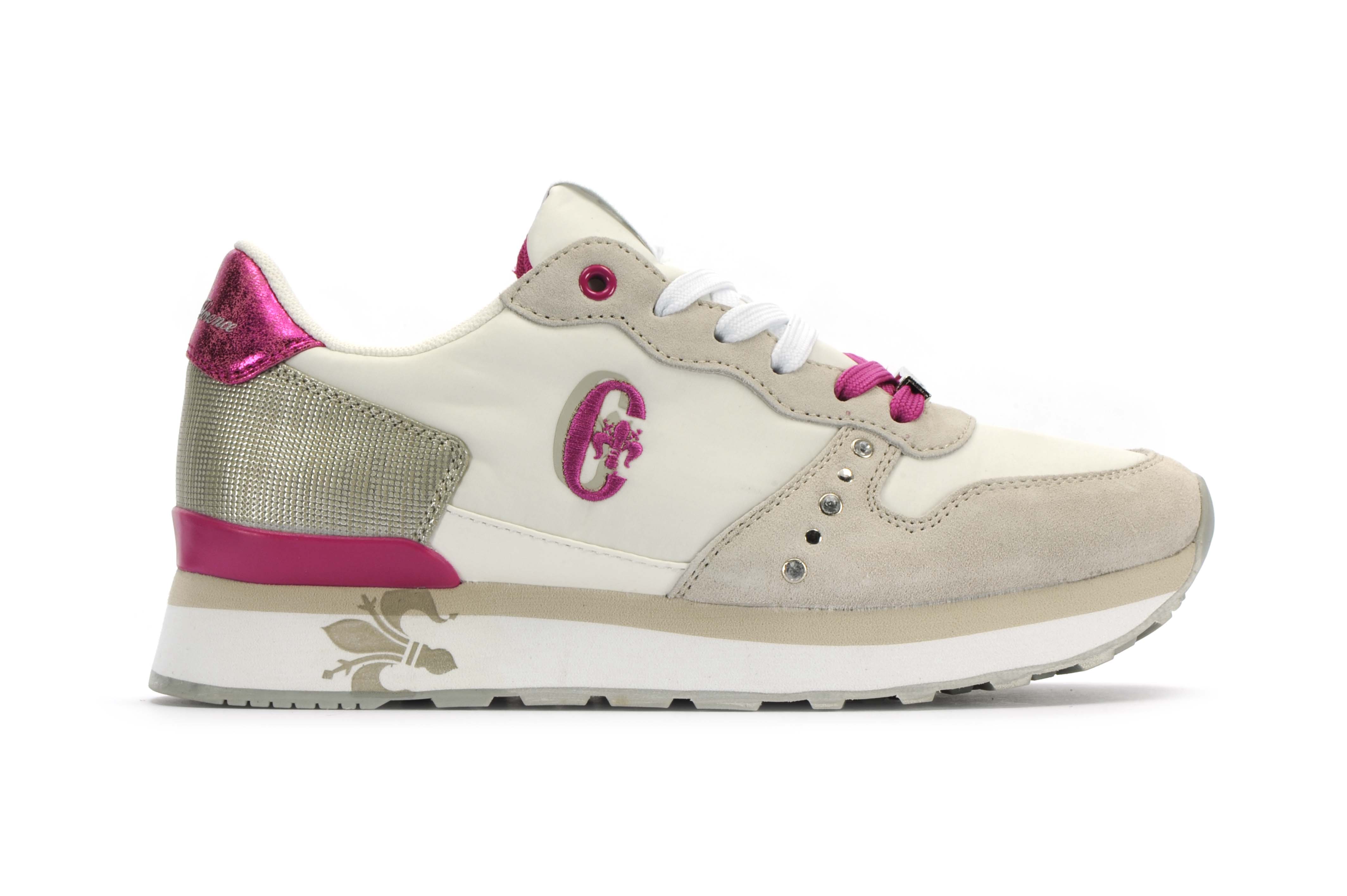 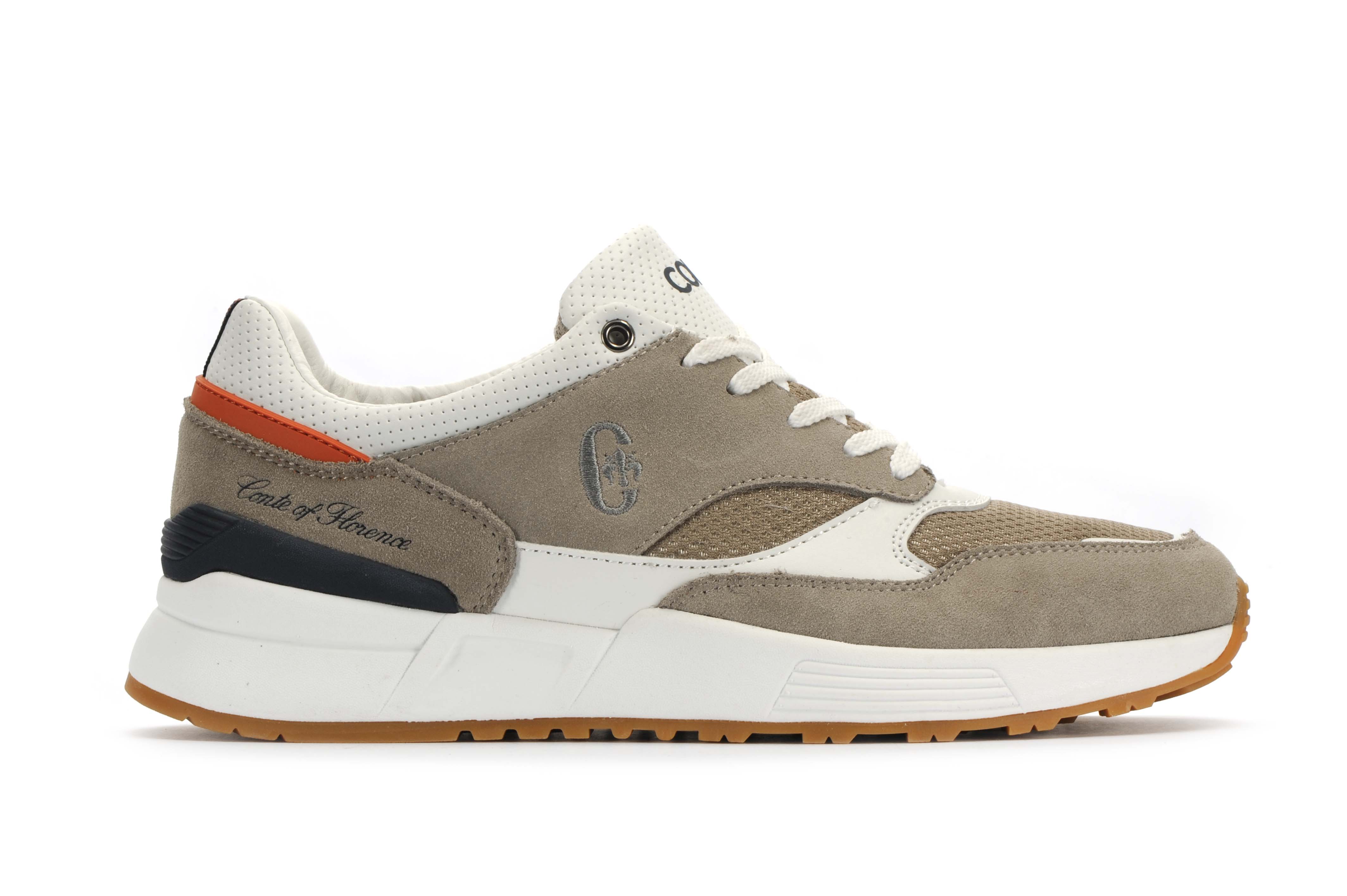 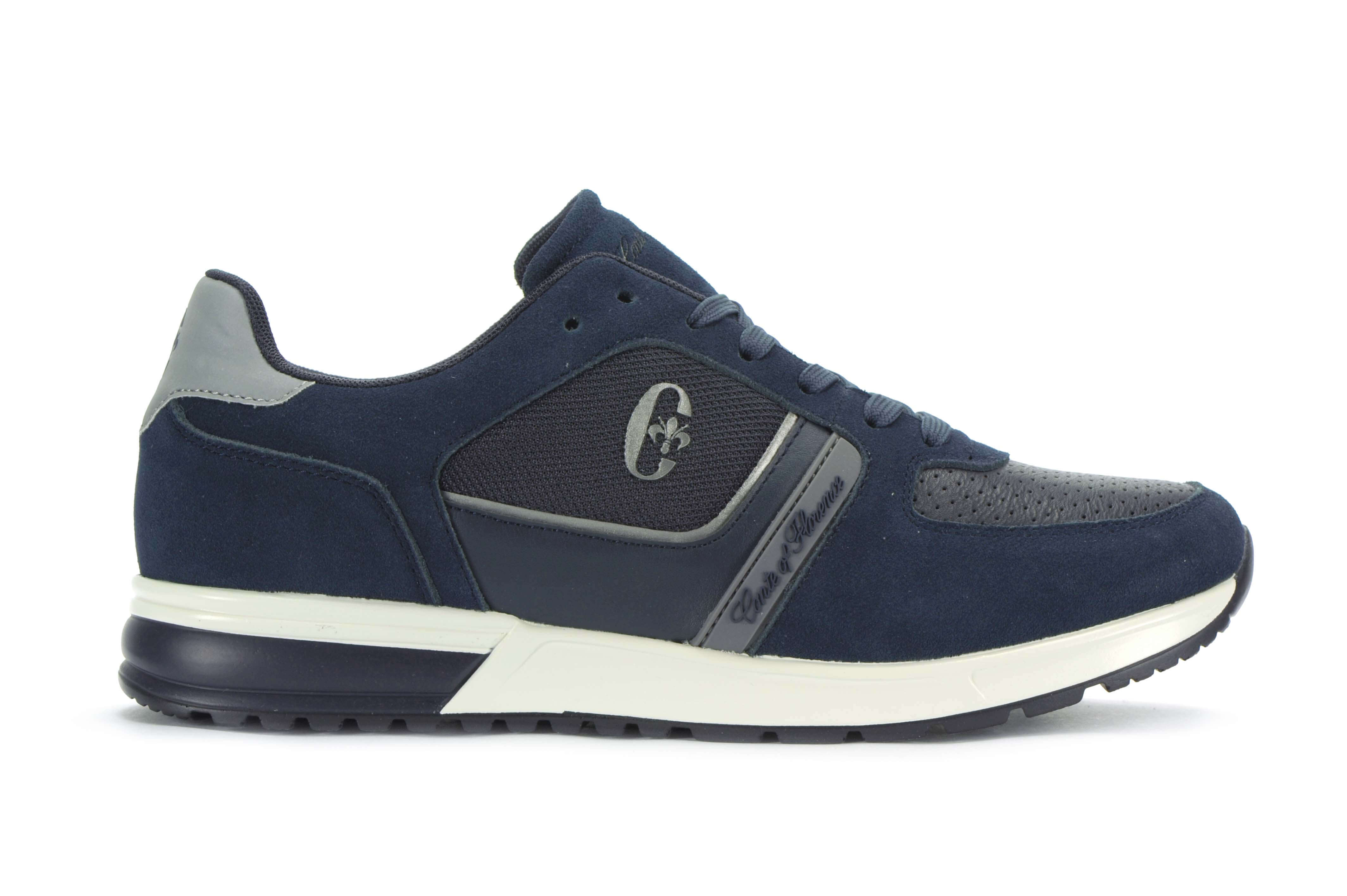 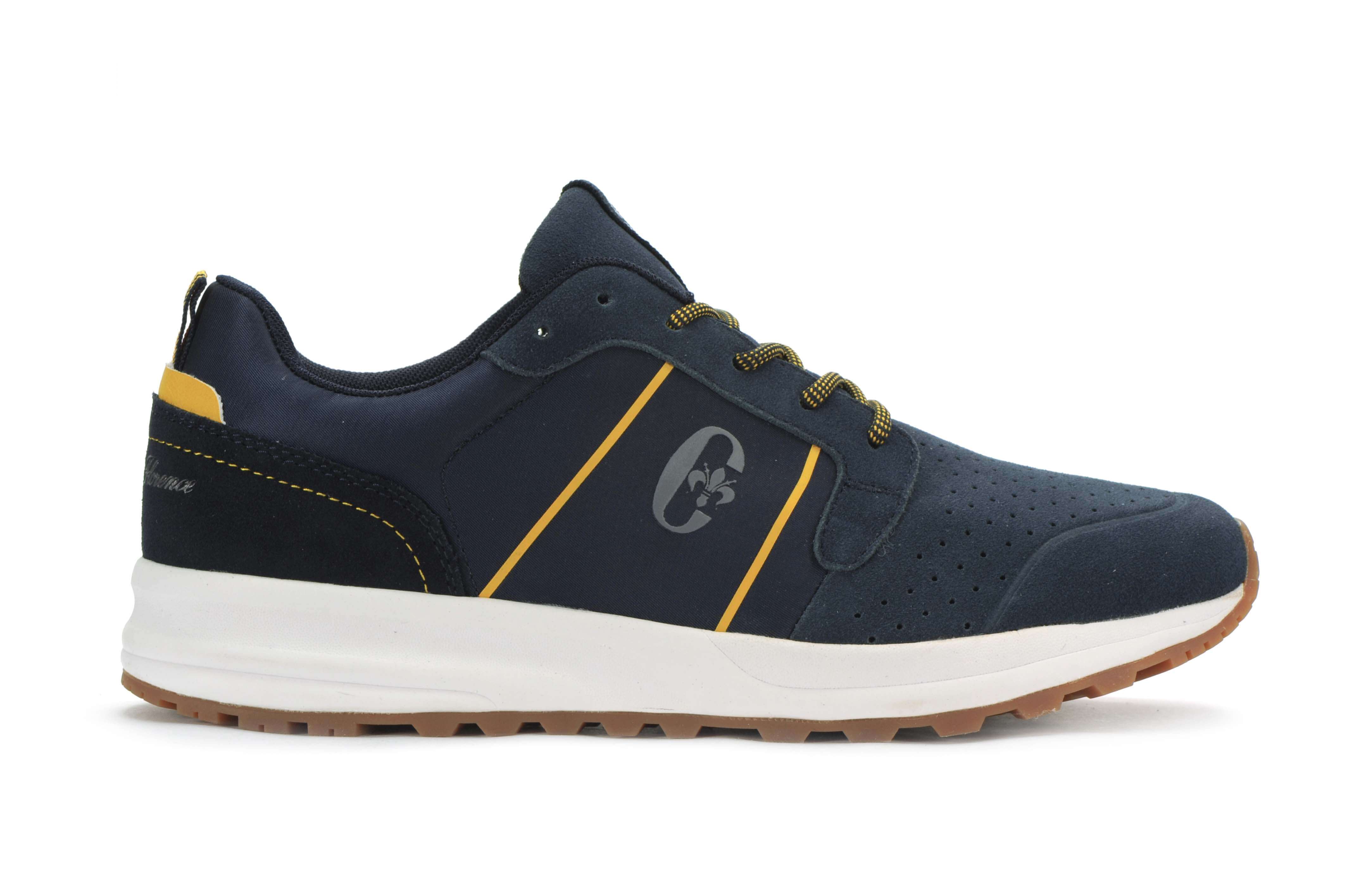 Running in fabric with dual coloured laces and contrasting details 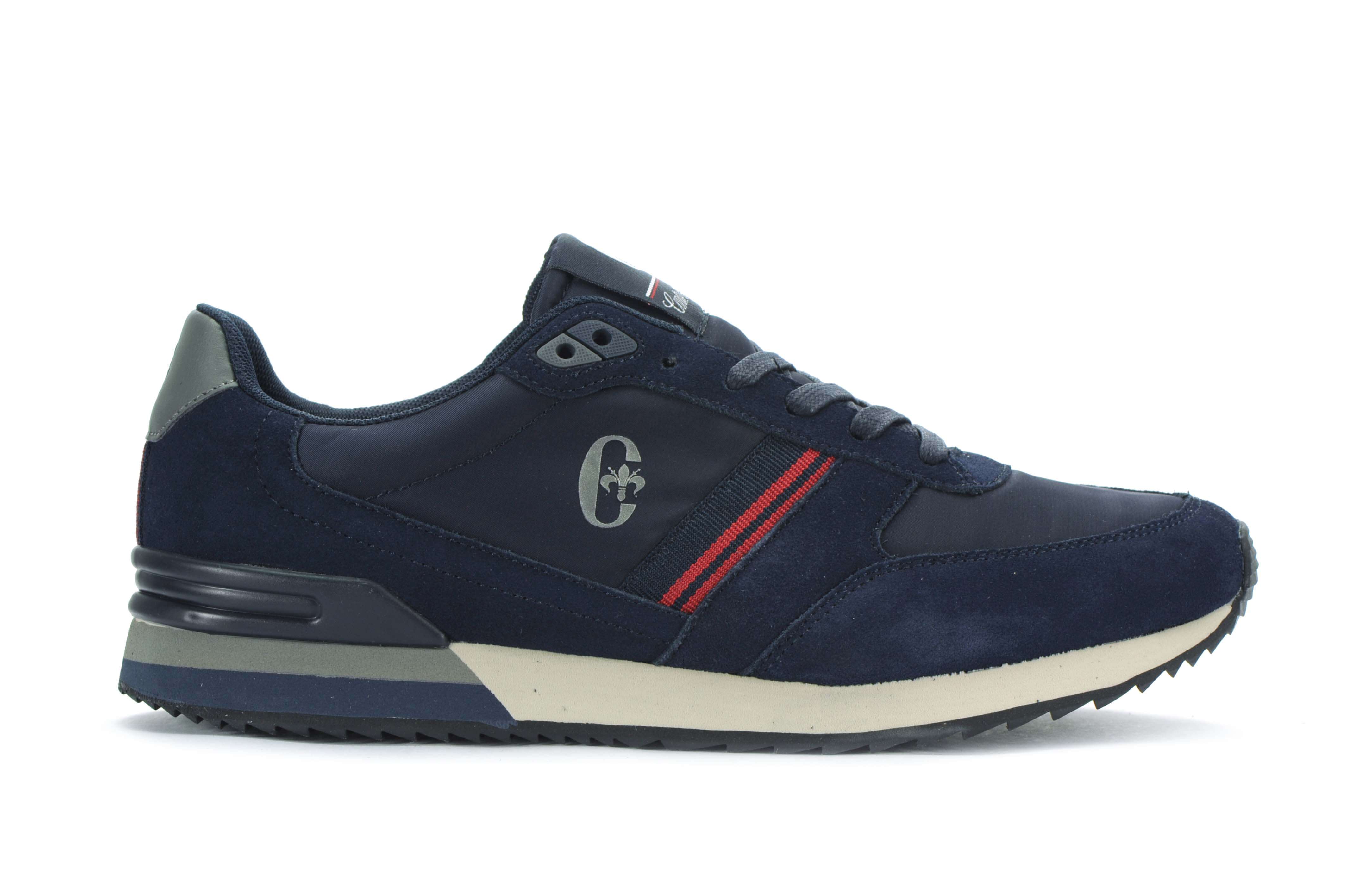 Sneaker in fabric with suede inserts and dual coloured details 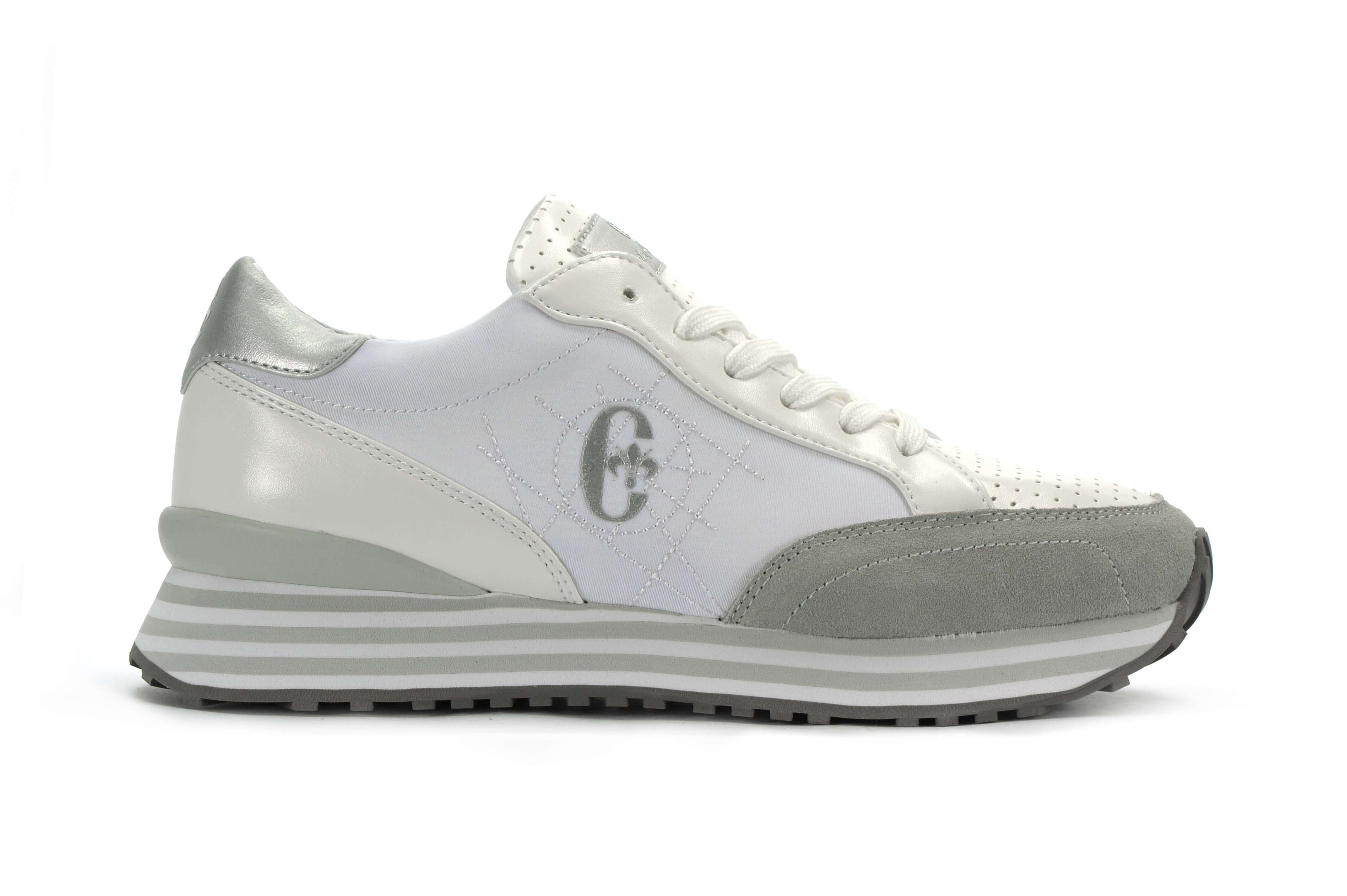 Sneaker in fabric with laminated and suede inserts 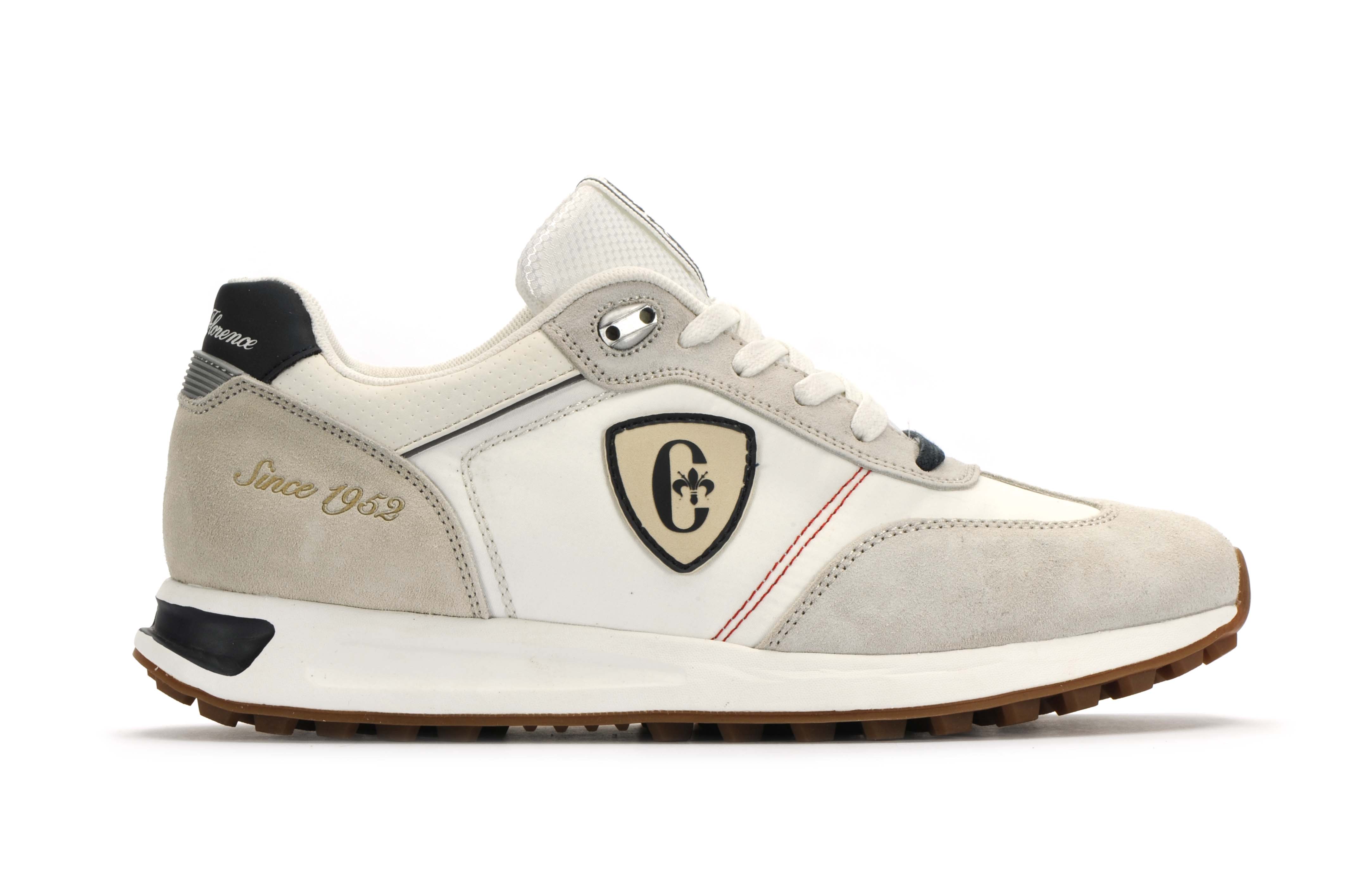 Conte of Florence was founded in 1952 in downtown Florence, a short distance from the Ponte Vecchio, with the name Con.T.E. (acronym of Confezione Tessuti Esclusivi), a small clothing store.

The store offered the best of local craftsmanship, starting off with womenswear only made exclusively by hand by a few local seamstresses.
Over the years, the store flourished, thanks to its growing clientele, and the brand Con.T.E. was transformed into Conte of Florence, a name that could blend the concepts of aristocratic elegance with sportsmanship and the British roots of sports. The first of its creations was a straw bag, which was also its first fashion item and the first result of its “contamination” with the Anglo-Florentine sport of rowing.
When the company began to approach the international market more assiduously, in the 1960s, the name was joined by a recognisable logo comprising the C in Conte and the lily, the symbol of the Tuscan city.
The 1970s witnessed a series of Conte of Florence inventions that saw the light through constant research, curious creativity and lateral thought that the brand has always practised. On 18 December 1974, the company obtained the first of many Conte of Florence patents for a hat padded with real goose down with ear flaps. This item linked the C and lily logo to the winter sports scene: this hat became an iconic object during the birth of the Alpine Ski World Cup.

On 26 August 1979, Karol Wojtyla – who had recently been elected Pope John Paul II – went to Trentino on the Marmolada Glacier to pay tribute to his predecessor. For this occasion, the future saint was photographed wearing the Conte of Florence hat in white leather. On 16 June 1984, the mountains gave Conte of Florence another great testimonial: the then President of the Italian Republic – Sandro Pertini – who was a mountaineering enthusiast.

The Conte of Florence adventure in the skiing industry began in the 1970s when it sponsored the Italian National Ski Team. The Team of athletes-brand testimonials grew over the years to include people of the calibre of Hermann Maier, Pirmin Zurbriggen, Ivica and Janica Kostelic, Didier Cuche, Martina Ertl, Kjetil André Aamodt, Lasse Kjus and many others. One of the reasons that Conte of Florence arrived at the highest podiums of ski competitions confirms the effectiveness of the most interesting inventions such as the Happy Head, an impact resistant rubber helmet that absorbs impacts better, thus allowing ski champions to run the Slalom more safely. The first skier to wear it during the competition, Rok Petrovic, won by a landslide in Heavenly Valley and changed the style of the Giant Slalom, which helped make Conte of Florence the Official Sponsor of several national alpine ski teams, including: Russia, France, Switzerland, Germany, Slovenia, Norway, Austria, Sweden, United States and Canada.

Later, they created a total look collection for men and women that is worn by many champions, including Costantino Rocca and Emanuele Canonica.
Their passion for the sea and for nature became an important source of inspiration during the 1990s, and they opened the door for Conte of Florence to enter the world of sailing. For years now, Conte of Florence has been the official technical sponsor of the Volvo Cup, where the brand is present with a line of dedicated garments.