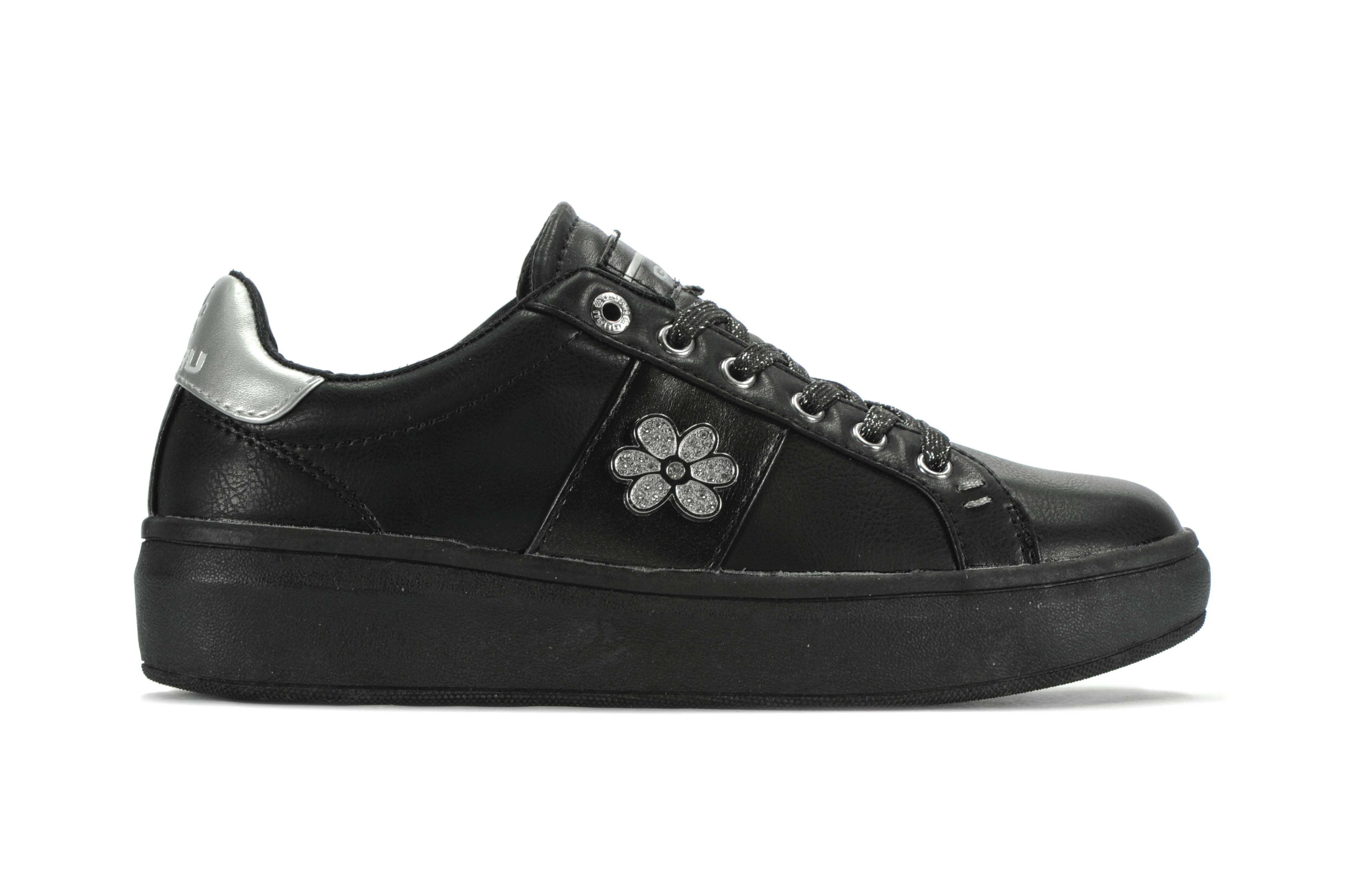 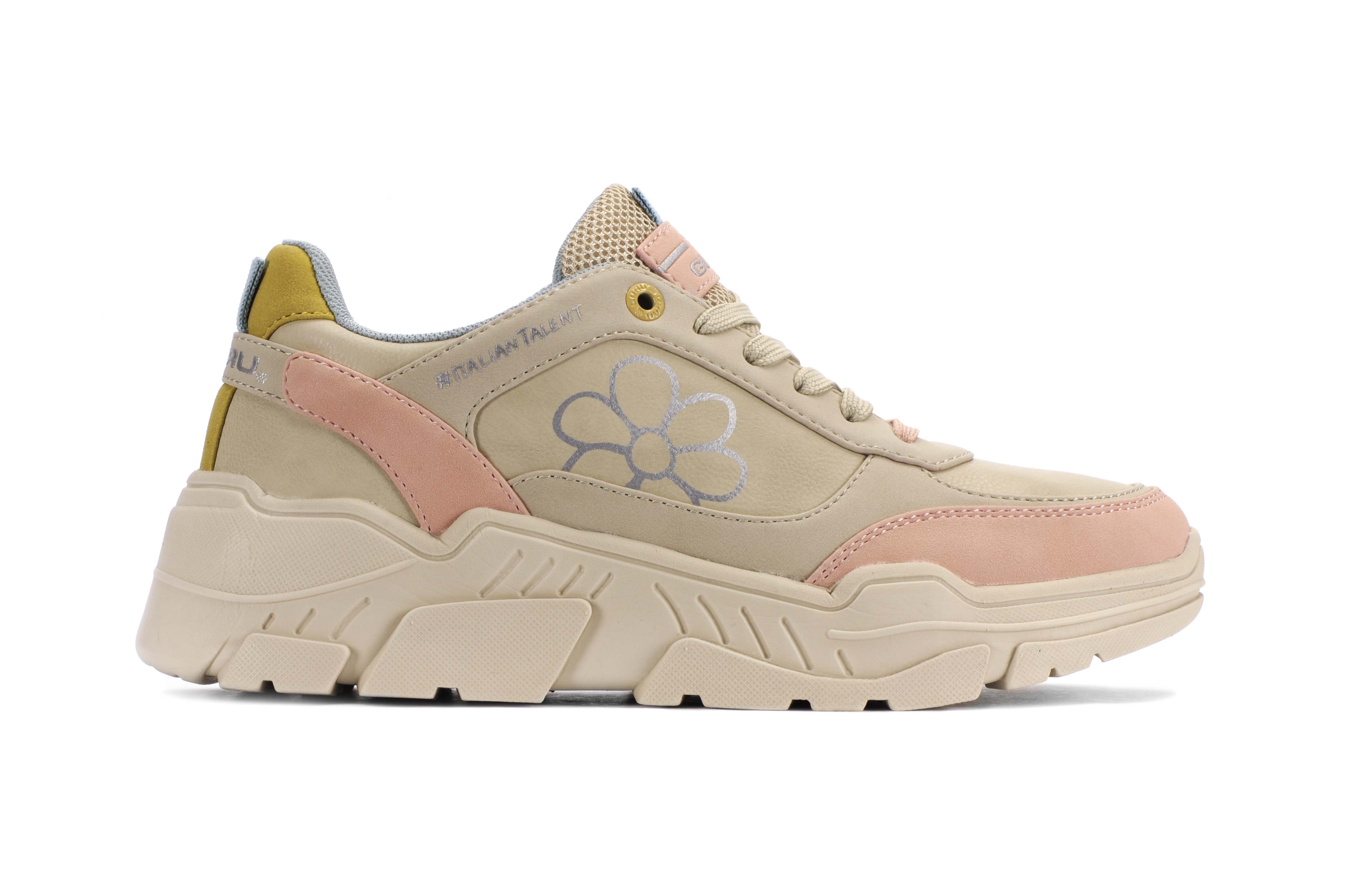 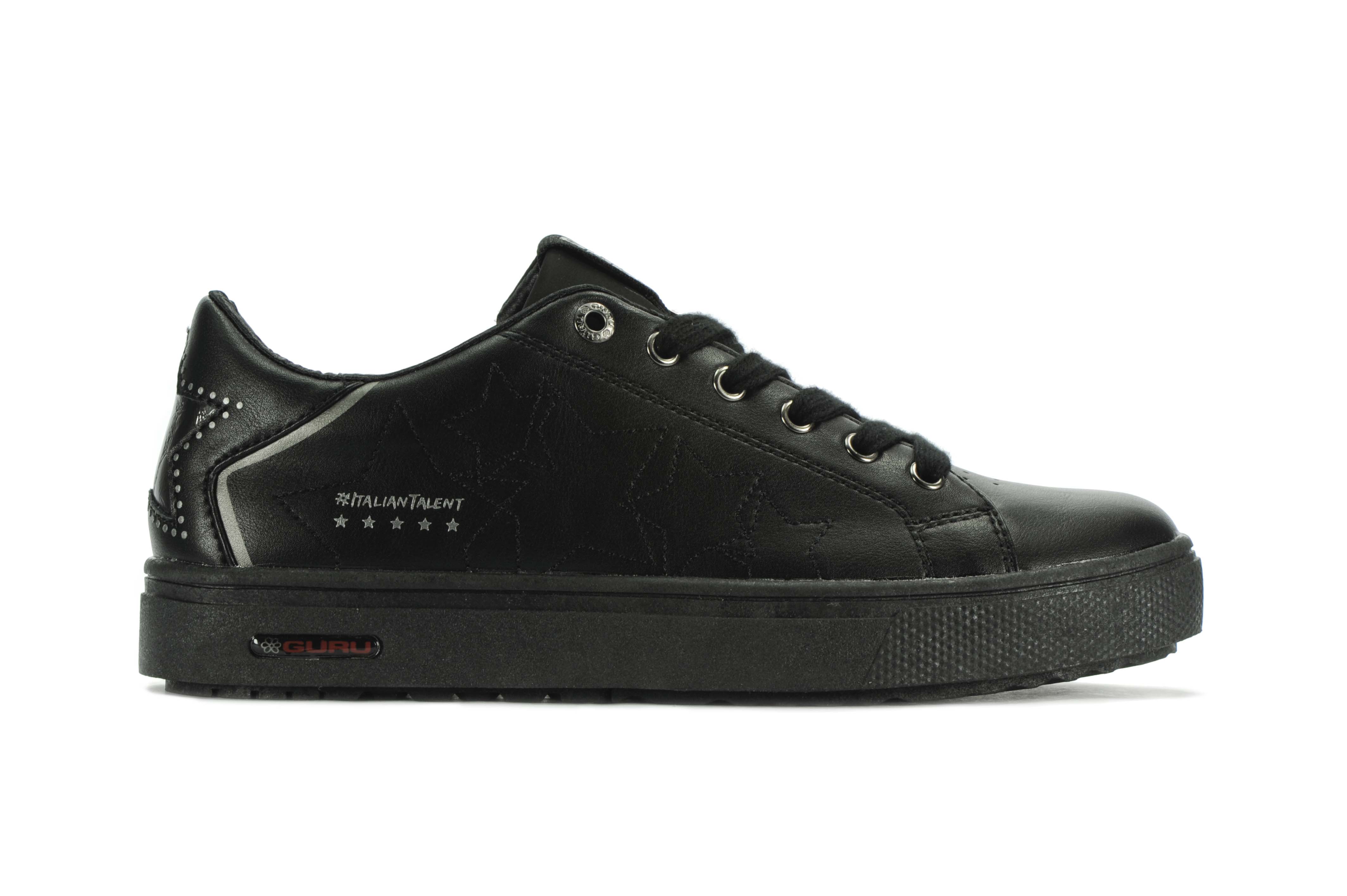 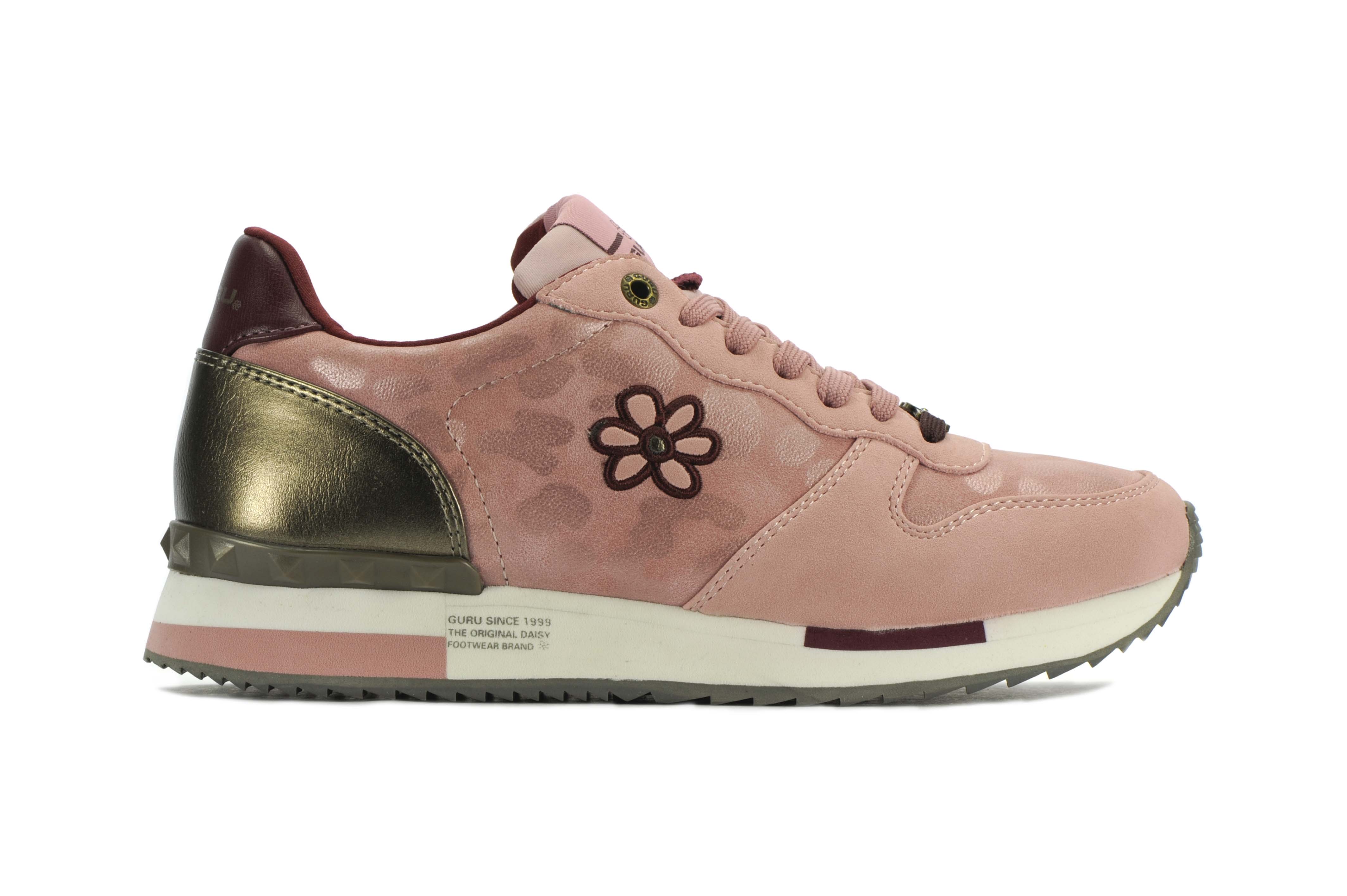 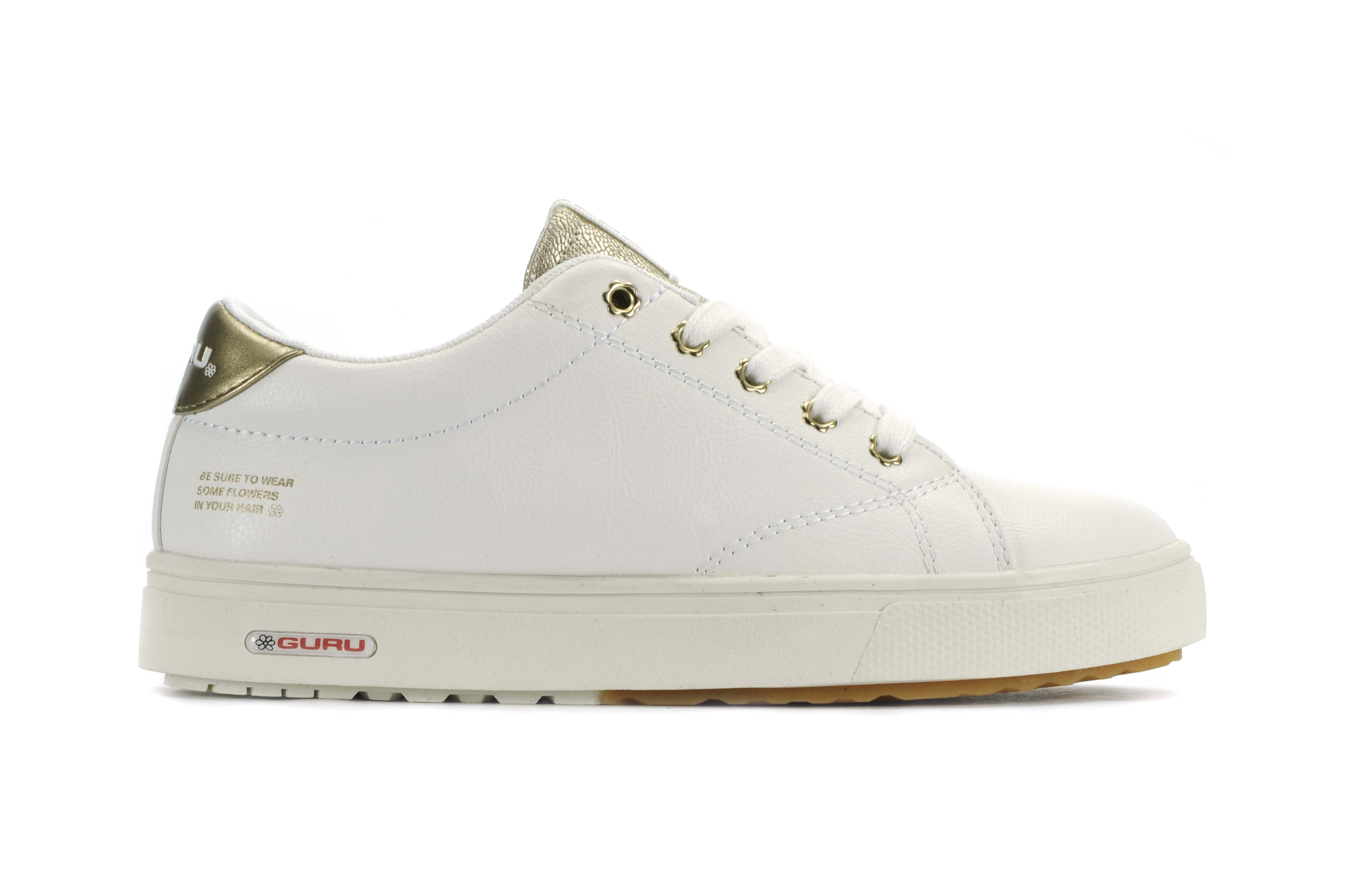 Sneaker with contrasting details and eyelets and personalized sole 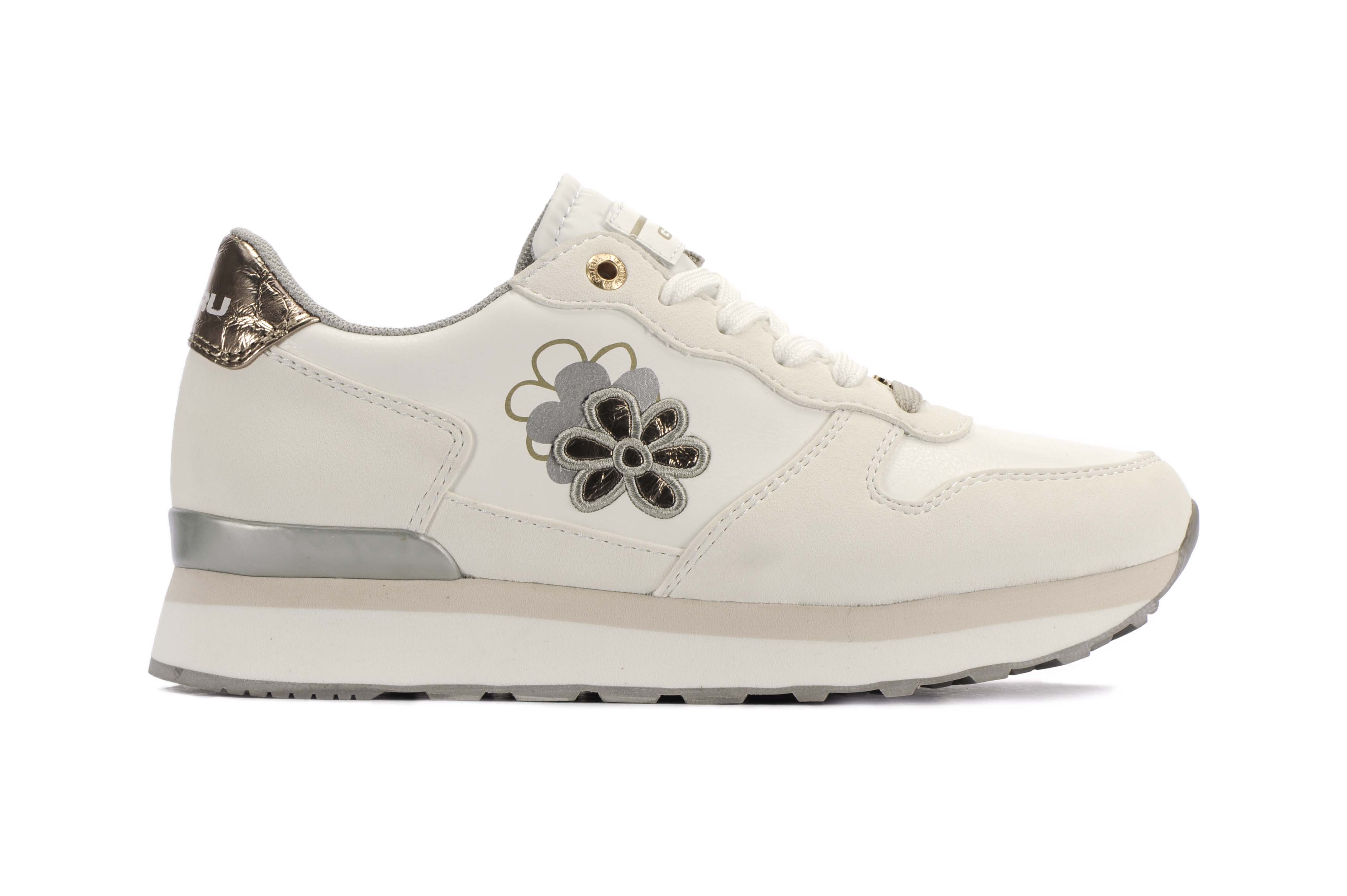 Matteo Cambi and Gian Maria Montacchini launched a small line of t-shirts and sweatshirts in Parma in 1999.

Their irreverent prints and amusing taste, as well as the line’s interesting ironic name, was an instant hit. This was the beginning of GURU.

In 2000, they created the simple daisy symbol. GURU men’s tees, in full agreement with their impertinent identity, bear the stylised, almost infantile daisy symbol for the first time, and from then on, it would be associated with the brand. And then GURU mania hit the beaches and discotheques, and sports and television personalities began to take notice.

After the company’s enormous success in 2003, they created GURU GANG, a line of branded junior apparel.

In 2006, the daisy expanded again. The GURU flagship store opened in Corso di Porta Ticinese. The opening event was accompanied by featured an exclusive performance of Le Cirque du Soleil. In June, GURU took part in Pitti Immagine Uomo for the first time. During that same year, the brand’s distribution reached a new level, expanding beyond Italy’s borders to France, Spain, Portugal, Greece, Benelux, Germany, the Middle East and Russia. The 2006/2007 FW advertising campaign was another successful work by La Chapelle. The company also opened single brand stores in London, (Carnaby Street and Westfield), Amsterdam, Antwerp, Prague, Barcelona (on the prestigious Paseo de Gracia) and in Seville. In 2008, GURU was acquired by Bombay Rayon Fashion Limited. BRFL initiated an expansion strategy to take the brand to Asian markets.

“GURU embodies la joie de vivre, happiness, irony, colour and natural energy with an independent style and trends that represent the truest and most encompassing expression of the Hippy Chic movement – which we could say was born with the DAISY as a symbol, and which was – and will always be – very successful. Our symbol has been reviewed and interpreted through the years, both by worldwide luxury brands and the largest retail chains.